Peoples Bank & Trust Co. was begun in 1906 by M.H. Barrett Sr. in Ryan, Oklahoma. Now, over 100 years later, the bank is still owned and operated by the Barrett family. The Bank is owned by Kay Barrett Branson and her son Ben Branson who also serves as the President, CEO, and Chairman of the Board.

M.H. Barrett was one of Ryan, Oklahoma founders and opened the first business “on top of the hill” which was a drug store. Mr. Barrett believed in people and in their honesty, so he began loaning money to people in 1883 from the drug store that he owned and operated.

He made loans for farms and ranches, cattle and horses, and to start-up businesses. He made almost 50 loans to young people to finance their college educations and only one failed to repay the loan. He also is known to have made a loan for $5,000 to the Jefferson County Commissioners to get the county set up. The story goes that of all the loans he made over the years, his faith in people paid off and he only lost $60.

Today, Ben Branson, Chub’s grandson serves as President, CEO, and Chairman of the Board. Ben Branson graduated from the University of Central Oklahoma in Edmond completing his MBA in Finance at the age of 21. Mr. Branson worked for the Treasury Department in Santa Cruz, CA for over 3 years before coming to the bank as Vice President and CFO in 1998.

In 2016, the Small Business Association (SBA) granted the bank the Preferred Lenders Program status (PLP). This program is awarded to high-volume SBA lenders that delegates loan approval, servicing and liquidation authority which enables the bank to make loan decisions with quicker turn times. The banks SBA Department offers a wide variety of loan products to fit all types of businesses from start-ups to acquisitions.

In 2017, the bank expanded by building its second Full-Service branch in NW OKC / Edmond.  The bank’s goal is to bring it’s well known small town customer service to the great communities nearby. 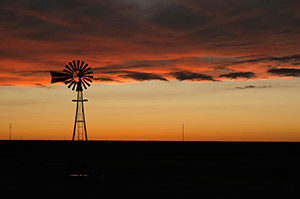 The bank made international news and was featured on a Paul Harvey broadcast in 1977 when there was a robbery attempt on the bank. The would be robbers hooked onto an old safe in the lobby with a winch truck and hoist, pulled it out the front of the bank and drug it onto the street. It turns out the safe was just for decoration and was empty and unlocked. The robbers were never caught.